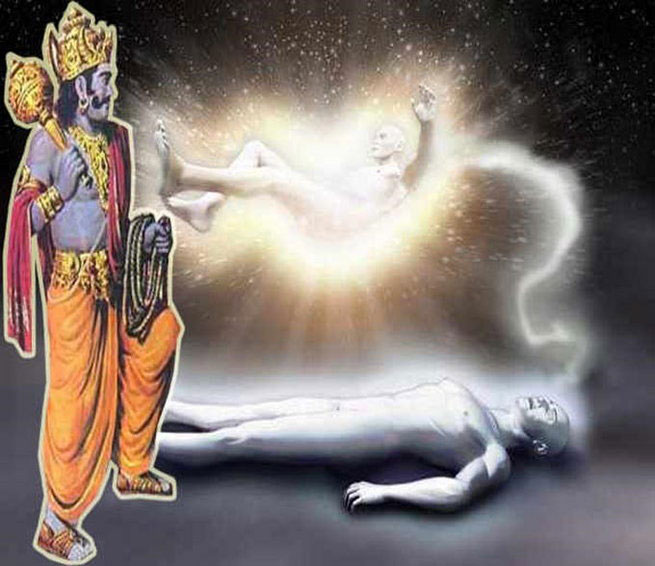 Last Saturday, few of us were conferred the Nachiketa prize of journalism by the Prime Minister Vajpayee along with Deputy Prime Minister Advani. Because of time pressure, there was no space for individual speeches by the awardees. However, this is what I would have liked to say.

The story of Nachiketa is wonderful. Briefly, it runs thus: Nachiketa, on seeing his father, a Vedic Rishi, give daan (offerings) to the Gods asks: “What about me father? Who will you give me to?” The father answers, more in joke, “I will donate you to Yama (the God of Death).” But Nachiketa takes it seriously and goes to Yama, who is out roaming. When Yama returned after three days, he saw the youngster at his door and asked what he wanted. “I have been offered to you by my father.” “Impossible,” answers Yama, “your time has not come.” Then, to placate him, he offers one boon to him. This is what Nachiketa asks Yama: “Some say that when one dies, one is; and others that one is not. What is the truth?” Yama, the mighty God of Death, answers, “Ask me for anything: Riches, happiness, a hundred years, but not this question.” But Nachiketa refuses to relent. Yama’s answer constitutes India’s eternal truth, one which it alone holds today, and which has been repeated in many of India’s sacred texts, including the Gita: “Only the body dies, O Nachiketa, the soul is immortal and is reborn life after life, till ones reaches perfection.”

Thus Nachiketa stands for forthrightness, courage, and dedication to truth, which should be the hallmark of any journalist worth his salt. I would like to believe that my quest in India has been – even in a small degree – like Nachiketa’s: “What is the real India, behind the cliches? What does India stand for? What can I do to help this great country? I discovered India by living it from within. I was privileged to spend my first seven years at the Sri Aurobindo Ashram, Pondicherry, where I met many times the Mother and read Sri Aurobindo’s works. Sri Aurobindo, India’s great revolutionary, philosopher, poet and yogi, has been the visible and invisible guidance behind my work. Today, I am also indebted to Sri Sri Ravi Shankar, founder of the Art of Living, because he embodies the ancient rishi’s dedication to his country: His work is not only spirituality, but also to bring God into all realms of life, including politics, because in ancient India the rishis were also advisers to kings.

I nevertheless started my journalistic career with the usual cliches about India, which most foreign correspondents mouth: That only a “secular” government like that of the Congress can govern such a diverse country as India; that India’s minorities are “persecuted”; that Hindus could “also” be fundamentalists… But I was again lucky: I began doing photo features in the South. There I discovered that India’s genius, strength and soul lay in rural India; and not in its cities like Delhi where the intelligentsia is often totally cut-off from its roots. The truth I encountered in my travels and interaction with Indians was totally opposite of what I thought: The Congress had divided India along caste and religious lines to survive in power; India’s minorities had taken advantage of a secular Government by getting more privileges than the majority community; Hindus are probably the most tolerant people in the world, not only accepting that God manifests Himself as Krishna, but also as Christ, Buddha, or even Mohammed; Hindus have ironically been the target of one of the most horrible genocides ever perpetrated upon mankind in the name of religion. I also saw that even today they are falling prey to jihadis: Witness the ethnic cleansing of the Kashmiri Pandits, far more horrible than the one of the Bosnians; I saw too that Hindus have given shelter to all persecuted minorities in the world: Syrian Christians, Armenians, Parsis, Jews, in history, and the Tibetans today.

So at some point I realised that a marvellous majority like the Hindus, who have such a long tradition of tolerance, gentleness, spirituality and hospitality, needed a Government which reflected these qualities; not the successive governments which have come in since Independence, and have divided India along caste and religious lines, instituted corruption, statism and bureaucracy. And when Dr Murli Manohar Joshi went to Srinagar on August 15, 1990, to raise the Indian flag, I found this pretty courageous and I said so in my articles, although he was ridiculed by the entire Indian Press, particularly by Newstrack, the only news channel in those days. When Mr Advani began his Rath yatra, I thought it was a good idea, because it would rally the Hindus who tend to be politically amorphous, and I said it. At that time nobody – including me – believed that the BJP would ever come to power.

They have now. Nevertheless, it is lonely at the top. Of course, nobody from the French embassy was present at the award ceremony. Had it not been for Christopher Jaffrelot, the man who is most responsible for the bad image of India in France (he is THE world specialist on “Hindu fundamentalism”, something which does not even exist), and partly accountable too for the fact that France is only the 11th largest investor in India, after all the overtures that have been made towards France by the BJP Government in the last five years, the entire embassy would have been present. But I am considered an outcaste by the French embassy and my advice is never sought, even though I have lived here for 34 years.

This raises an important question: Why is it that amongst the 300-odd Western correspondents sitting in New Delhi, there is nobody (that I know) who comes to the same logical conclusion that Hinduism is what makes this country great and that an Indian Christian or an Indian Muslim is different because of the softening influence of Hinduism? After all, many of these correspondents arrive here meaning well, with an aspiration to understand this complex country. Why is it that not only most of them leave in five years, not knowing India better, but that very often they end up hating it (isn’t it, Miss Chipeaux?)? There is Mark Tully, of course, who genuinely likes India, but even he, maybe because he is British, is very muted and discreet when it comes to defending India. The only answer I can find is that it is only when the Indian English language press will become a little less negative, a little more proud of its roots, that the Western correspondents will be positively influenced. Because the first input they get when they open an Indian English language newspaper or switch on television news is negative: Everything is hopeless about this country, when India is a much better bet for the Western world than totalitarian China, or Islamic Pakistan.

Finally, I would like to say that I have donated the Nachiketa prize money to FACT (Foundation Against Continuing Terrorism), which is organising an exhibition on Hindu genocide through the ages, particularly the Kashmiri Pandits, with the backing of All-India Anti-Terrorism Front of Mr Maninderjit Singh Bitta – a courageous man who survived a most horrifying terrorism attack upon himself, to combat vigorously this international scourge.