India – the mother of melting pots 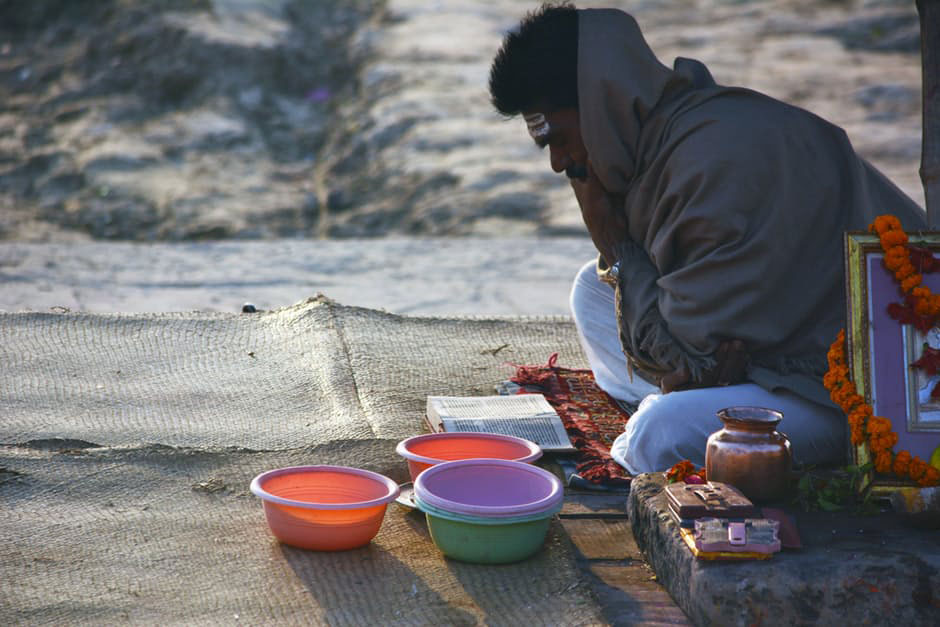 It was always thought that India was a melting pot of different influences coming from the West, either by trade or through invasions, and that she owes many of her achievements – her sciences, philosophy, or religion – to outside influences, whether by the way of the Aryan invasions, or via the Greek incursions.

But more and more discoveries, both archaeological and linguistic, are pointing to exactly the opposite direction: in the millenniums before Christ, it is Indian civilization which went gradually westwards and influenced the religions, the sciences and the philosophies of many of the civilizations which are considered today by the West as the cradle of its culture and thought.

American mathematician A Seindenberg, for instance, has demonstrated that the Sulbasutras, the ancient Vedic mathematics, have inspired all the mathematic sciences of the antique world from Babylonia to Egypt and Greece. “Arithmetic equations from the Sulbasutras were used in the observation of the triangle by the Babylonians and the theory of contraries and of inexactitude in arithmetic methods, discovered by Hindus, inspired Pythagorean mathematics”, writes Seindenberg.

In astronomy too, Indus were precursors: 17th century French astronomer Jean-Claude Bailly had already noticed that “the Hindu astronomic systems were much more ancient than those of the Greeks or even the Egyptians and the movement of stars which was calculated by the Hindus 4500 years ago, does not differ from those used today by even one minute”.

What about philosophy? French historian Alain Danielou noted as early as 1947 that “the Egyptian myth of Osiris seemed directly inspired from a Shivaite story of the Puranas and that at any rate, Egyptians of those times considered that Osiris had originally come from India mounted on a bull (Nandi), the traditional transport of Shiva”. But it is mainly Greece that was most influenced by the myth of Shiva: many historians have noted that the cult of Dionysius (later known as Bacchus in the Roman world), definitely looks like an offshoot of Shivaism.

There is also no doubt that the impact of the Vedas and subsequent Hindu scriptures, such as the Vedanta and Upanishads, was tremendous on the different philosophical sects which flourished at different times in Greece. We know that the Greek Demetrios Galianos had translated the Bhagavad-Gita. And even William Jones, the 18th century linguist of British India, noted that “the analogies between Greek Pythagorean philosophy and the Sankhya school are very obvious”.

German philosopher Shroeder had also remarked in his book Pythagoras und die Inderòf39ó that nearly all the philosophical and mathematical doctrines attributed to Pythagoras are derived from India.

It also seems very clear that ancient India played an immense role in the making of Christianity, particularly the writings of the Gospel. Alain Danielou thus notes that the structure of the Christian church resembles that of the Buddhist Chaitya, that the rigorous asceticism of certain early Christian sects reminds one of Jaina practices, that the veneration of relics, or the usage of rosaries are all Hindu customs”.

Sri Sri Ravi Shankar, the founder of the Art of Living, which is practised in more than eighty countries, also remarks that Jesus sometimes wore an orange robe, the Hindu symbol of renunciation in the world, which was not a usual practice in Judaism. “In the same way,” he continues, “the worshipping of the Virgin Mary in Catholicism is probably borrowed from the Hindu cult of Devi”. Bells too, which cannot be found today in synagogues, the temples of Judaism, are used in churches and we all know their importance in Buddhism and Hinduism for thousands of years.

There are many other similarities between Hinduism and Christianity: incense, sacred bread (Prasadam), the different altars around churches (which recall the manifold deities in their niches inside Hindu temples); reciting the rosary (Japamala), the Christian Trinity (the ancient Sanatana Dharma: Brahma, Vishnu and Mahesh), Christian processions, the sign of the cross (Anganyasa).

Hindu and Buddhist philosophies had also a great influence on 19th century Europe, particularly in Germany, where philosophers, such a Frederich Shlegel, said that “there is no language in the world, even Greek, which has the clarity and the philosophical precision of Sanskrit,” adding that “India is not only at the origin of everything, she is superior in everything, intellectually, religiously or politically and even the Greek heritage seems pale in comparison”.

Shopenhauer agrees with him and writes in the preface of his “The World as a Will and as a Representation”: “According to me, the influence of Sanskrit literature on our time will not be lesser than what was in the 16th century Greece’s influence on Renaissance. One day, India’s wisdom will flow again on Europe and will totally transform our knowledge and thought”.